Logs that burn and logs that swim

By Kim / 6. April 2019 / English, Etymologie(s), Metaphorisches / No Comments
Every new medium needs its own lingo. Let’s say you build an network of machines that store and show information. You could call it infocity; first you enter and then you request information stored in some – building?

Well, we went with internet or web, you log onto it and this here is not a building, but a blog. Considering net and web for a moment, they’re quite fitting metaphors I’d say, but what about logging says ’stepping into‘ and where’s the ‚information‘ in blog?

The missing link is the log file: A file to record information – or log it –, be it on paper or digitally. This does in fact link logs of wood to logs of information: Logs (chunks of wood, that is) were not only burned, but also thrown into the water from ships – attached to a cord in order to determine the ship’s speed (see chip log on Wikipedia): 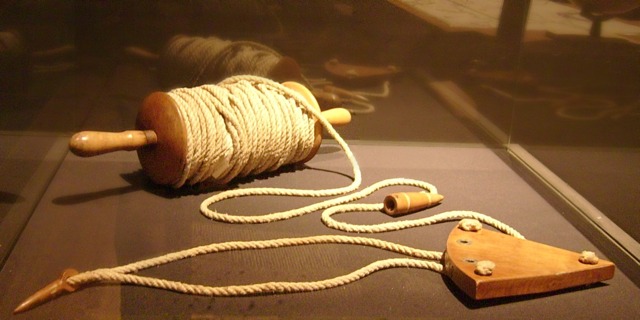 This is why the book that recorded these measurings came to be called the log (book). In the age of the machines, files that held information about their operation came to be called logs as well, and with the advent of the web, the word was recycled for weblogs, later abbreviated to blog.

The ingenuity of language

Taking one step back, the development of log serves as an example of how we constantly remodel language – we reassign and recombine the sound material as well as the semantic material to get new words and meanings. In this case, there are two prominent processes at work:

This is what I find most ingenius about language and humans: Not only do we excel in combining a fixed palette of sounds to mean a million things, we also steadily recombine the result into new meanings, making language a supremely dynamic tool that we can expand to cover every new development like the infocity – sorry, the internet.