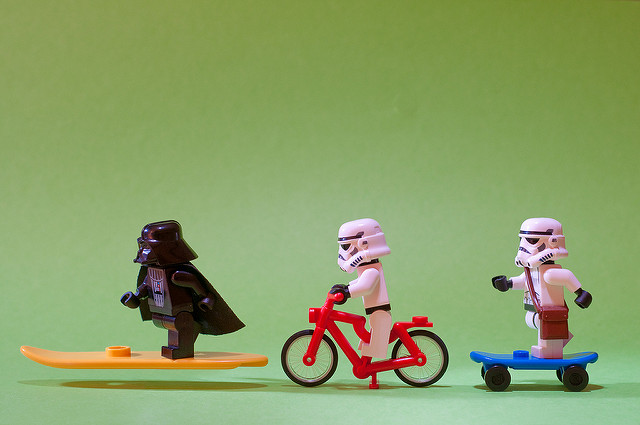 Hovering or hoovering? (CC by Kenny Louie on flickr)

I never know which is which. One is sucking air in clinging to the floor, the other one is keeping air between itself and the floor.

So maybe, I thought, I could get rid of my confusion if I know where hoover and hover come from – and on top, there might be some more discoveries along the way.

The origin of hoover is quite trivial: It stems from the name of its inventor, a mister Hoover. It became a generalised term for vacuum cleaning, apparently especially in Britain. The surname Hoover in turn is an English rendering of German Huber, tracing back to farmers owning a Hufe or Hube, which was a (regionally varying) stretch of land.

To hover descends from the verb hove with largely the same meaning. Ironically, hove also had a long vowel, rhyming with move. Its origin is unclear.